We'd love to hear from you

Do you have a project in mind?

Get in touchSign up for Newsletter

Do you have a project in mind?

Thank you! Your submission has been received!
Oops! Something went wrong while submitting the form.

Let’s face it, museum audiences want digital. Here's how to commission it.

Creating compelling exhibitions that move audiences is a tough challenge, even for the biggest museums. You must draw together competing elements into something that flows and feels whole. Spatial design, graphic design, sound and lighting have been part of the palette for many years. But digital design has been thrust into the mix more recently and has yet to find its natural place in the ecosystem.

We’ve been working with cultural institutions around the world for over a decade and have seen the challenges they face to successfully commission and integrate digital work into exhibitions. So, we’ve developed a workflow that we believe maximizes the audience potential for digital design in museums.

So how should you approach the creation of digital media in exhibitions? The hardware is expensive, the amount of content needed is difficult to quantify, and once it is complete and installed, it’s a nightmare to maintain. And throwing money at it doesn’t guarantee quality or impact.

Digital media also has uncertainties baked into its format: If it breaks, who is going to fix it? It needs to be future proofed, but unlike sound or lighting, the hardware is changing literally all the time. What about touchscreens post-Covid? And what about technologies that haven’t even been invented yet?

All in all, digital media is a minefield — an unavoidable minefield as more and more audiences come to expect digital as forming at least some part of the overall experience. So how do you minimise risks and maximise impact? We believe the answer is in merging the physical design with media design into an integrated approach. Here are some of the ways we think about it all.

The traditional exhibition design process hasn’t changed much since the 1980’s. Curators appoint an exhibition designer who starts with the core physical interventions and gestures, and approaches where to place objects such that the story is coherent and people can walk around it easily. As part of this process, they will also indicate where environmental graphics, digital media and touchscreens will go, much in the same way that they would place a picture, graphic or caption. Once the design is signed off on, media briefs are written and contracted out to a media design company - sometimes it’s Squint/Opera, other studios are also available ; )

The positive aspects of this design approach are that it prioritises the real world, in-person experience. Like everyone else, we agree that going to an exhibition is a physical activity, something distinct from just sitting on the sofa binging Netflix. And even in an experience with few or zero objects, that's still true. In that context, the digital media becomes the object, but the overall product is still the experience of going to a place and spending time immersed within a story.

The limitation of this traditional design approach is that the digital content can become disconnected from the overall experience. Before it’s produced, it’s hard to tell what kind of emotional impact a piece of media is going to have. You don’t have this problem with objects, because they already exist. For example, if you put a full-size lunar module in the middle of an exhibition, you can be confident it’ll have a certain effect. But if you project a film of the lunar landings it’s harder to tell. How big should the screen be? How much of a difference will sound or music make? Will the footage look too grainy on a massive screen? So, when the design has a note on it saying ‘projection of lunar landings,’ you’re already in risky territory.

How do you avoid falling into that abyss of despair, wasting that hard won budget on digital content that underwhelms or even irritates your visitors?

The short answer is that you need to design both the space and the media together. Sounds simple, even obvious, but there are a couple of fundamental things that, until now, have made this impossible.

First, in many cases the media doesn’t exist until it does, and by that time it’s almost opening day. Second, until recently there has been no way to review both the space and the media together. The exhibition designer traditionally presents via PDFs and drawings, followed by  media designers presenting their work as clips and gifs on a tablet or laptop. This process relies on the commissioner’s imagination to bring it all together.

This is where virtual reality saves the day. Yes, we know that everyone hates the headsets (that will hopefully go away when the Apple glasses come out next year), but bear with us — this is the future of spatial design. Using virtual reality (VR) allows both designers and clients to review the whole experience virtually before going into full physical production, and this makes it easy to see what is working and what is not — what’s worth spending more money on and what needs reining in.

Yes, you’re going to spend more time and money in the design phase. But, that’s more than compensated for by the risk reduction of commissioning the wrong thing, and by the accelerated decision making that VR facilitates. Once you’re in a photorealistic simulation of the experience, it’s pretty obvious what the hits and misses are.

That still leaves a problem: The media probably won’t be fully produced before you have to sign off on the physical design process and start lining up hardware, build contractors and so on. To get around this the same way filmmakers do, we place all archive footage in the simulation (i.e. the lunar landing footage), and then insert animatics, animated sketches of the material that hasn’t been produced yet, and the proposed audio soundtrack. This gets you far enough along to be convinced that a certain approach is going to work — and it’s effective. Once the physical design is signed off, and you begin to produce the media, you can upload the various versions and updates to the simulation and make comments as though you were a visitor standing in front of the exhibit. This minimizes risks and maximizes rewards.

Physical experience design is merging with digital media design, and the two disciplines should no longer be conducted in isolation. They should instead be completely intertwined. VR is a tool that is going from a niche utility to a foundational essential, capable of both speeding up the process and maximising the bang you get for your buck. 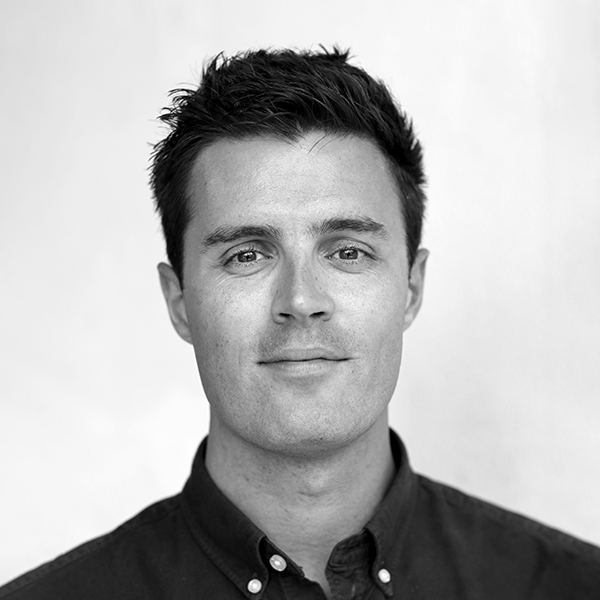 Ben is head of Squint's cultural team, specializing in the design and production of digital media for spatial experiences. With an architecture degree, he has experience of the architectural and digital industries, a working knowledge of filmmaking, animation, CGI and interactive processes online and in gallery.

Thank you! Your submission has been received!
Oops! Something went wrong while submitting the form.